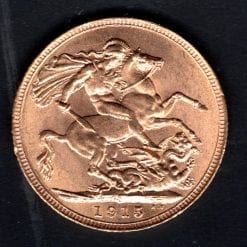 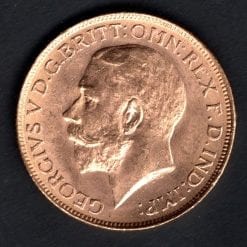 Amongst the last sovereigns considered true circulation coins, with the global economic crisis created by World War I. Resulting in the loss of Gold as an International medium of currency between nations.. Australia’s 1915 Sovereigns are best described as Extremely Rare-In this grade of Uncirculated+

Historical Notation on Mintage of the 1915 Sovereign.

There is no logic as to why, Sydney minted coins, seem to be less in price, EG: Perth Mint?

The price of gold as struck in 1915 was Ten Pound Sterling,

This coin stands alone for it’s established history, and price.