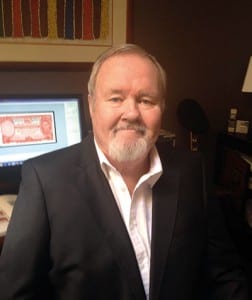 Later opening a numismatics investment office in the CBD of Sydney in 2000.

He travels throughout Australia valuing collections and advising investors on the positive benefits of investing in Australian banknotes & coins.

The internet was a boon he quickly embraced allowing him to service Australia wide & International clients from his Sydney office. His website www.therightnote.com.au is Australia’s leading online numismatic specialist. Reaching up to 25000 visitors per month. His website offers an educational, informative site, offering a wide range of numismatic products to browse and buy.

Richard has appeared in many media interviews ranging from TV, radio newspaper and lifestyle magazines. The BBC radio interviewed him on the upcoming introduction of Polymer Banknotes on 2016. Channel 7. Today Tonight. Host Mr Paul Makin asked Richard in 2012 to offer his expert advice regarding reported fraud with banknotes sold on eBay. In conjunction with Inspector Brian Hay of The Queensland Police Fraud Squad.

His background in accounting & finance ideally positions him to advise investors on how to manage individual portfolios.

Richard has introduced over the years, safeguards important to both vendor & purchaser.

Richard is proud coming into 25 years of trading with expected and continued growth.

Article Search
In The Media