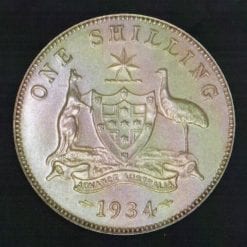 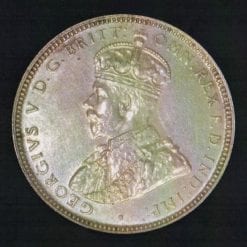 Less than 100 Known
Early proof coins are particularly stunning as they were produced using polished dies and were frequently struck multiple times to ensure that the full design became
visible.

All inquiries are totally confidential, and all offers will be given due consideration, all inquiries will be answered personally by our Managing Director.

While Australia’s first pre-decimal proofs were struck by the London Mint in 1911, our most famous early proofs were produced at the Melbourne Mint to celebrate the first home striking of Australia’s silver coins in 1916. They were presented to V.I.P.s of the day.

Proofs dated prior to the mid-1950s are all extremely rare with only a handful of specially prepared coins being produced, mostly classified as Proof Record Pieces for official purposes and very few specifically aimed at collectors. Precious few have found their way into private hands, an exception being 1938 where all denominations were made available to the public by
the Melbourne Mint at a premium.

By 1955, numismatics as a hobby had gained sufficient momentum for the Melbourne and Perth mints to produce specially struck coins for collectors at an issue price of two shillings each
above face value.

George V was born in 1865 and came to the throne in 1910 after the death of his father King Edward VII. He fitted comfortably into his position as King as he had assisted his father with his royal duties on many occasions and knew the political scene and personalities in public office very well. George V was trained as a naval officer and retained his love of the sea all his life. He was also a great inspiration to the troops during WWI with his endless visits abroad. After a reign of 26 years, George V died on January 20th 1936.

Coins produced in smaller numbers during the First World War are of particular interest to collectors, and are highly sought after in high grades for their investment benefit.