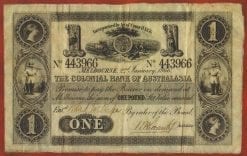 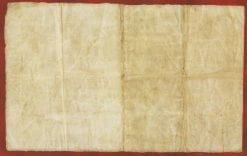 During the 1800’s many private and state Government banks were established to replace an inadequate barter system, as no currency medium in any form, had been provided for use in the colonies.

The newly established banks introduced a variety of legal tender paper notes, which were traded until the late 1800 s when the financial crash of 1889 forced many banks to close their doors.

Pre Federation notes originated in England where they were painstakingly engraved and printed before being shipped to Australia to begin their commercial use.

This 1866 One Pound note is one of the finest in its category.