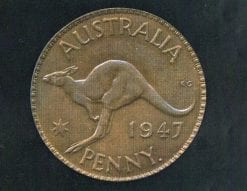 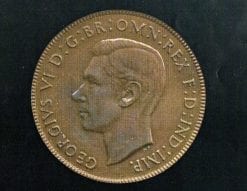 The Right Note offer,  this 1947 FDC proof penny , the penny is extremely rare, with mintage of an was 10 coins only known the exist as an FDC (coin de fleur) a double strike and highly polished coin, extremely low mintages by world standards, superlative striking quality, together with sustained capital growth have endured. Australia’s Perth Mint Proofs remain the most venerated and purchased of all  australian  proof  fdc coins that become available from time to time.

Sale by private treaty, or negotiation, no reasonable offer will be refused.