Subject: Economic Analysts Call of Australia’s One Hundred Dollar banknote to be scrapped.

As Australia’s leading on-line International numismatic dealership @ www.therightnote.com.au established in 1995. I thought it appropriate, to offer my expert opinion on the current debate, on withdrawing the $100.00 from circulation.

The Australian Financial Review reported on the 28th November 2016 with a complete reproduction of that same article in The Guardian on line on the 17th December 2016. That HSBC (Hong Kong Shanghai Bank) had backed a report from UBS (United Banking Services-an economic based survey company owned in the USA by major banks*). I am assuming that HSBC had financially backed this report? 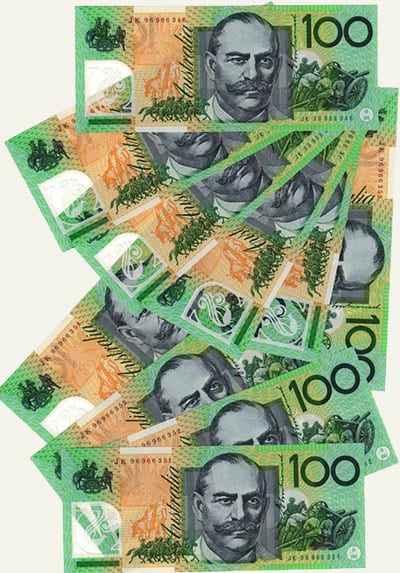 This report mentioned – The “HSBC & UBS”, believe that the withdrawal would be good for the Australian economy & “good for the banks”.  Good for banks, not the Australian public! The Australian economy has done well since Federation with an inclusive cash economy of coins, and paper banknotes, with no decline of value since 1910. This is without the mis-guided assistance of like-minded companies, HSBC-UBS* & associated credit card companies. Benefits stated “could”, but not include reduced crime, increased tax revenue, with reduced welfare fraud in Australia. Further on the article rehashes the fairy-tale that people are stuffing $100s under their mattress to avoid tax and rort the pension, The Right Note also addressed that nonsense back in 2012.

*The methodology used in the above article is flawed; with Mr Simon Babbage – “head of payments HSBC” Mr Simon Babbage through HSBC leads the charge of a global financial community. * I do add the UBS is a company based in Switzerland, established to serve the International monetary system; Switzerland is a tax-free environment for economic & accounting survey companies.

Credited to the Australian Financial Review & Mr Simon Babbage of HSBC, stated” removing denominations would be a good thing”, which denominations does he speak of? He certainly mentions no denominations in his interview; he goes on to add this may increase transparency? This certainly is a vague comment, worthy of elaboration.

The Reserve Bank of Australia declined to comment on the UBS/HSBC/Major Australian bank stance with due reason. These high denomination banknotes of $100 & $50 are commercially acceptable and comprise 47% of all cash transactions in Australia, with the other 53% being devoted to $20, $10, and $5 dollar denominations.  Currently there is 70 Billion Australian dollars in circulation (2014 approximation only), with at any given time 47% of these transactions the highest denominations.

The reason for the Reserve Bank of Australia declining comment is for a number of reasons. Australia has the highest level of security of all currency in the world and as the RBA are under Commonwealth statute the RBA cannot comment.

To suggest in the article the RBA declined to comment is erroneous, to create this article based on nothing more than here say.

We go on; in 2012 a former employee of RBA advocated phasing out of high denomination banknotes, the One Hundred & Fifty dollar.

These comments were picked up by Peter Martin writing in the SMH on the 24th September 2012 under the banner “Australian wallet’s stuffed with cash”, if this was not enough on the 25th September 2012 Mr Martin wrote : “The grey economy how retirees rort the pension”.

As Australia’s largest on line International numismatic dealer @ www.therightnote.com.au  I felt it appropriate to offer our comments in 2012 on these articles-please go to attachments.

Why do we have so many $100.00 Banknotes in circulation, let’s go back to the Y2K bug for those that cannot remember or are too young, the year was 2000, The Olympics, & that annoying old bug the Y2K.

The Reserve Bank of Australia made a decision in 1999 to print $100.00. banknotes, in quantity based on information that at midnight on the 1st January 2000 that all data based commerce would not cope with the winding to 00 00 0000.The Y2K was “infectious” not in the literal sense.

If it was not for this beat up, The Reserve Bank of Australia would have rationalised, their printing quantities over 9 years, “hindsight is a wonderful thing”. As opposed to printing 10 years circulated banknotes in 1999. This simply explains the abundance of $100.00. In circulation from 1999 to the present day.

No further $100.00. Banknotes were printed until 2008, during this period there was no increase in “wallets stuffed with cash” or “retirees rorting the pension”. The imagination of Journalists then took hold, and continues to this day, with this article. Its four years since the last time this was raised from vested interests pushing it yet again. The only legitimate reason for removing these notes from circulation is to increase sentiment within the Australian public, to credit card transactions & revenue. The Right Note will gladly add the Australian $50 and $100 banknotes to our list of rare collectables but we aren’t expecting this to happen anytime soon.

Can we imagine Australia a country based on tourism, our second largest industry employing 5 million Australians, reduced to transactions of One Hundred dollars and over, pay by credit card, the things Australian’s, enjoy the sun, surf & city, attracting a 2.5% levy. To enjoy our lifestyle.

Australia relies on paper currency & coinage, in finishing as it is the Silly Season “what better to time to fly a kite”